Sign up for the latest news and offers from Spike’s and receive 10% off!

Things you never knew about hedgehogs 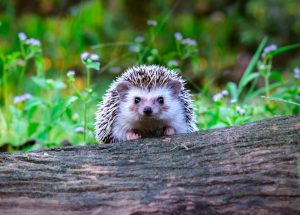 Behind dogs and cats, hedgehogs might just be the nation’s favourite animal. One need only look at the fact there are currently over 2 million hedgehog videos on YouTube to see that people can’t get enough of these little spiky wonders. That’s why we’ve put together some little known facts to help you brush up on your knowledge and keep you clued up with your hog-obsessed friends.

A group of hedgehogs is called an array

You won’t have much chance to see an array for yourself though; hedgehogs are solitary creatures, and usually only come together to mate.

Hedgehogs rely on their hearing and sense of smell

Due to their poor eyesight, hedgehogs depend on their hearing and sense of smell during the daytime when they’re out and about. Because of their nocturnal lifestyle, a hedgehog’s eyesight works better in the dark.

Hedgehogs are illegal as pets in certain American states

Because they qualify as wild animals in some areas, many US states and cities ban people from keeping hedgehogs domestically. This includes New York, Washington, California, Arizona, and Pennsylvania. While they are allowed to be kept as pets in some areas, you need a permit to own a hedgehog. And though it is legal to keep a hedgehog as a pet in the UK, it is generally frowned upon due to their natural inclination toward living in the wild and their survival needs.

Where the name “hedgehog” comes from…

The “hedge” part of the name comes from their preferred habitat of garden hedges. The hog part comes from the pig-like noises they make.

…And what happened to their old name

Hedgehogs used to be the focus of Groundhog Day

The yearly tradition originally began in Germany and was brought to America by settlers. But because hedgehogs aren’t indigenous to America and hadn’t been introduced to the ecosystem yet, they had to go for the next best thing for their weather predictions, which was a groundhog.

The idea hedgehogs gather food with their spikes is a myth

This idea started when medieval bestiaries and texts began showing hedgehogs gathering food with their spikes, and the image has stuck ever since. However, this is inaccurate, as they usually eat food that they come across as soon as they find it to help build up their weight.

The earliest known hedgehog lived around 58 million years ago

The Litoestes, the ancestor of the modern-day hedgehog, lived during the Palaeocene period and is the earliest member of the hedgehog family discovered so far. The smallest hedgehog in history, the Silvacola Acares, arrived sometime after, as it lived in northern British Columbia 52 million years ago. It was about 2 inches long.

They have an odd practice

When hedgehogs come across toxic substances like poisonous plants, they enact a routine called “anointing”, where they lick the substance until they form frothy saliva, which they then rub on their skin and spines. No one’s exactly sure why they do this; one possibility is that they make themselves taste less palatable to predators, while another is that it works as a kind of olfactory camouflage.

People used to think hedgehogs were witches in disguise

Because people used to see hedgehogs as harbingers of doom in the Middle Ages, this then led to people believing they were witches in disguise during the witch-hunting days. It also led to Shakespeare referencing them in his plays, usually as an insult. You can find the use of hedgehogs in his plays Richard III, Midsummer Night’s Dream and Macbeth.

Good night, see you in spring! (or maybe before that if I'm feeling hungry)